Armoured combat re-creates military and chivalric combat using weapons made from rattan cane and armour made from leather, metal and (sometimes) plastic.

Archery includes both target archery and combat archery. Target archers compete to strike stationary targets. Combat archers fight against each other and other armoured combatants during wars.

Fencing (or rapier) re-creates civilian sword-play of the Renaissance period using bated blades and other equipment.

Check our Regular Activities page for details of combat practice in the Shire of Adora, or check out the sites below for more detailed information about combat rules and standards used throughout the Kingdom of Lochac. 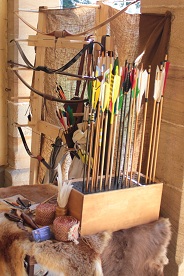 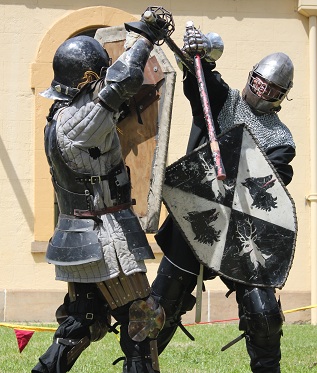